Hollywoodbets Vasco chose Nolukhanyo Educare Centre as their organisation of choice for Hollywoodbets’ Social Responsibility Programme. The team talks about their visit.

The team arrived at the Educare and were welcomed by Tobeka whose excitement soon turned into amazement after noticing two Hollywoodbets vehicles.

The extra vehicle could only mean one thing! We started unloading the van and were pretty sure that the wish list had been fulfilled judging from the expression on her face. Her gratitude was clearly animated, and her heartfelt thank you to Hollywoodbets was sincere.

The kids opened their toys immediately and gave us a little song to show their appreciation.

If you would like to donate to this worthy cause, you can contact the charity here:
Block ITshabo Location
Berlin
5660
Eastern Cape 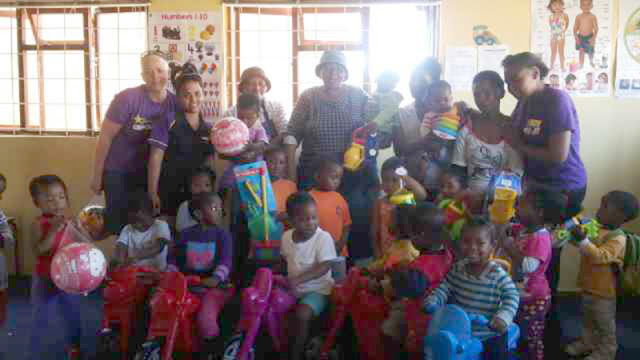