Hollywoodbets Mossel Bay had the pleasure of donating school clothing to the Mossel Bay Care Centre. Ronel Kiewiets and Gabriel Slabbert visited the Ridgeview Primary School during their second break.

We were welcomed by a hundred smiles; one hundred and two to be exact. We all sat down on the grass in front of the school principal’s office. Delene Barry, chairman of the Mossel Bay Care Centre introduced us to the primary school kids. Delene was also kind enough to take some photos while we handed out some of the school uniforms.

Delene thanked Hollywoodbets for this kind donation which enabled them to give 102 children school clothes.

If you would like to donate to this worthy cause, you can contact the charity here:
Mossel Bay Care Centre
mosscc@telkomsa.net
044 696 5168 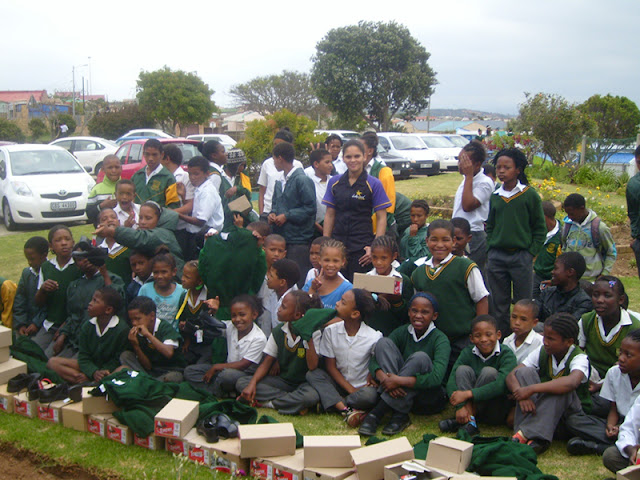 Happiness All Round In Blackheath – Hollywood Vasco