Skip to content
Eastern Cape
June 2, 2015July 10, 2017 admin 0 Comments Eastern Cape, Giving Back, Hollywood Korsten, Hollywoodbets, Social Responsibility
Their aim is to foster a greater appreciation and love for education and learning amongst the Sinethemba children, showing them that the best chance at success in life is by success in school.
Eastern Cape

Hollywoodbets Korsten chose Sinethemba Children’s Care as their organisation of choice for Hollywoodbets’ Social Responsibility Programme. The team talks about their visit.

Sinethemba Children’s Care Centre has been operating since the late 1990s where the chairlady, Signoria, worked from a church hall in the town. She fed, attended to medical needs and provided for abandoned street children. Most of the street kids used to give birth under the buildings and left their babies. In 2001 she found two pre-fabricated houses which were vacated by the Korsten Police and approached the Department of Public Works to allow her to fix these vandalized buildings and take on housing boys and girls from the age of 1 – 18-years-old.

With the help of other companies in the area the first house was renovated and fixed and Signoria was able to house the boys, and then a year later fixed up the second home with funds received from more businesses in Port Elizabeth. They got sponsorship from various companies and could enroll the children into schools in the area. They got six volunteers who rendered their services for free helping with cooking, cleaning, ironing and taking care of four smaller children who are too young to attend school. At present they have 26 children who attend school.

Mama Signoria is a true inspiration to so many as she herself was a street child with a violent past and through the grace of God her life was turned around and she was able to give back to those who found themselves in a similar situation as hers. Her life is dedicated to these street children and she does not know any other life than taking care of them.

Once again Hollywoodbets is making a difference in the community and we as team Korsten are so proud to have played a role in our community.
If you would like to donate to this worthy cause, you can contact the centre here:
Sinethemba Children’s Care 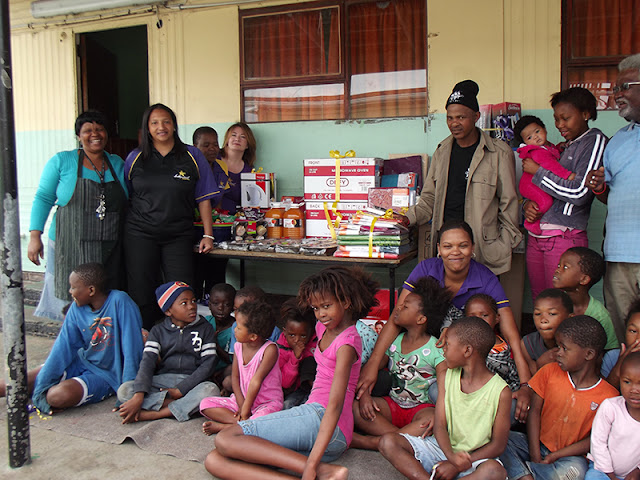