Smiles A Plenty at Khaya Cheshire

Hollywood Mandarin Inn chose the Khaya Cheshire Home as their organisation of choice for Hollywood’s Social Responsibility program. The team talks about their visit here.

Its was a great moment when we went to visit the Khaya Cheshire Home. The kids were so thrilled to see the Hollywood bakkie approaching the home!

The kids had to complete their daily tasks before we could handover our donation, so we got shown around the premises by one of the teachers by the name of Jullia. We then helped the teacher and house keeper dish out the children’s porridge.

When we eventually got to offload the bakkie, the kids were so excited with the goodies we bought for them! No words can describe the feelings we felt, seeing the smiles on their faces.

The kids were so overwhelmed to see the swimming caps and goggles. The new chalk broads had such an impression on them they just wanted to take to the plastic off and start drawing! Some of the kids already had their hands in the box before we could unpack the rest of the items, which included towels, chalk, scissors, skipping ropes, balls and bats. We also purchased the home a brand new lockable filling cabinet.

It was great to see the home again (as we have donated to them before). It was also a great feeling being able to make a difference in the lives of these disabled kids who come from a very impoverish township in Walmer PE.

We the Hollywood Mandarin Team did it again by making a difference in the lives of these young disadvantaged children, and we will continue to keep flying the purple flag high!!! 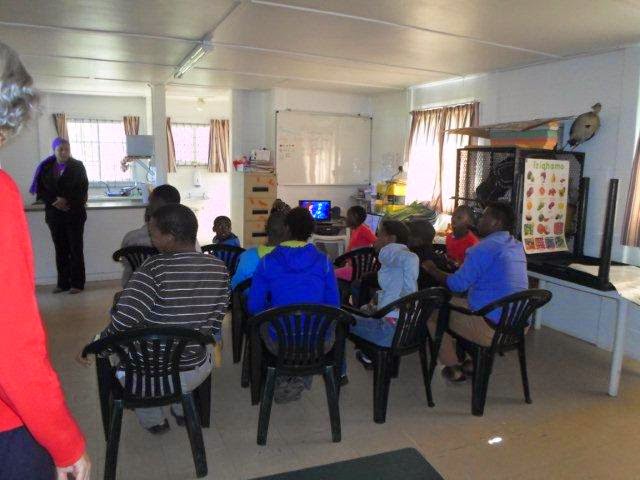 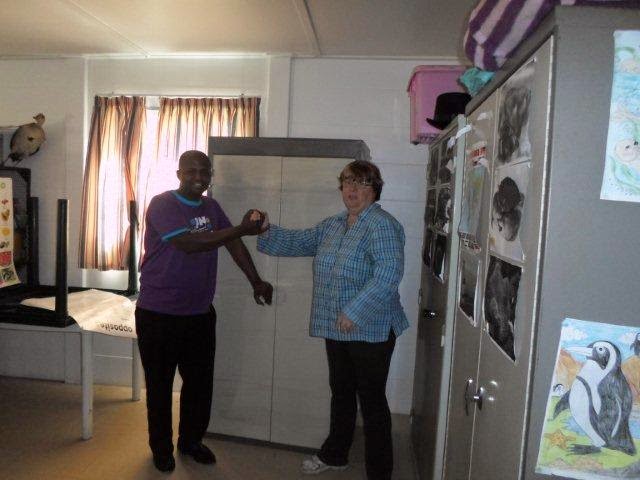